It’s Friday night and I’m heading to Hooters on 33rd Street with my photojournalist accomplice, the inimitable Gary He. But this time, we have serious business to do– we must sample their brand new “Unreal Wings,” a partnership with alternative protein leader you may have never heard of: Quorn. The verdict? Shockingly good from a texture and juiciness standpoint, two pronounced properties of its fungi-based mycoprotein technology. While I was sold, I still remained perplexed– why was Hooters the ideal venue for this?

Quorn is the leading global alternative protein company, having the foresight 50 years ago to predict that the world would face a shortage of protein-rich foods by the 80s. While it may have been overly prescient, it enjoyed a 30-year plus run with little competition in over 15 countries, building a variety of over 100 product lines ranging from mince meat to sausage rolls to chicken nuggets. Its American consumers are largely female, coastal-dwellers with above-average incomes, according to Ben Sussna, Head of Marketing for Quorn Foods USA.

On the other hand “Hooters is largely middle aged men looking to drink beer, watch sports, not caring at all about health,” said Sussna, who referred to the partnership as a “match made in heaven.” Pair the meatless poultry experts with the leaders in chicken wings and, viola, you have Unreal Wings in 318 nationwide Hooters. “That’s why it’s so cool that it works,” he said.

The evening was timely as I had just gotten back from a week-long shoot for #futurefungi, HNGRY’s forthcoming episode about fungi-derived protein featuring Meati and Prime Roots. Both Quorn and these startups use fermentation techniques to grow mycelium, the filamentous roots of fungi known for fruiting mushroom caps and shuttling nutrients between plants, deep within soil. But while all mushrooms are fungi, not all fungi are mushrooms (as eloquently stated in this 2002 Wired article about the company’s US debut). Quorn uses fusarium venenatum while Prime Roots uses a form of domesticated Koji, the national fungus of Japan that’s used to ferment soybeans and rice to make everything from sake to soy sauce. Meati is keeping its strain a secret for now but assured me that it has been used for over a century outside the US. Despite their proprietary production processes, these companies are all doubling down on the fact that mycelium has a far superior texture and amino acid profile compared to traditional soy or pea-based alternatives to win over the holy grail of the market– flexitarians. Just like the Impossible WHOPPER partnership, Quorn offers Hooters a drop-in protein replacement that is cooked using the same equipment as the real stuff, thus excluding vegans (not to mention, its mycoprotein is bound by egg).

Quorn initially encountered hurdles in the US due to a ruling from the FDA requiring it to remove labeling that suggested it was “mushroom in origin” in favor of “fungus.” Not to mention, it was originally started as a joint venture between large chemical and food companies before being passed off to a handful of private equity firms, and most recently Phillipine-based food conglomerate Monde Nissin. Meanwhile, its sales steadily grew to £220mm (~$285mm) in 2018 thanks to its mainstream adoption in the UK, where the per capita alt protein market consumption is about 6–8x compared to the US. Sussna attributes this difference to Americans as having a much more sacred relationship with meat, unlike Brits, who’ve experienced major scares like foot-and-mouth disease and the horse meat scandal. Once consumers see that they’re not sacrificing on texture or taste, it’s an easy switch to make the jump towards a healthier and more sustainable protein. He thinks foodservice partnerships with chains like Hooters are the most exciting brand opportunities as they enable a low-risk trial that can ultimately drive purchase in one of 215 different retail outlets ranging from Walmart, where only 5% of households have ever purchased a meat alternative, all the way down to independent, natural retailers. “We want to be just as good as the boneless chicken you’re buying in the frozen aisle or in the restaurant,” Sussna explained.

Despite my enthusiasm, I was not surprised to be met with empty stares when prodding patrons and waitresses about what they thought. From my conversations with staff, it seems like the majority of customers ordering Unreal Wings were loyal alt-protein devotees who had read the press release. No waitresses seemed interested talking about the wings and probably thought I was casually trying to chat them up.

“I don’t know where the chicken comes from but I know it tastes good,” said one waitress of the world-famous Hooters animal chicken wings. “Vegetables aren’t bad but I think you need meat.”

I naturally headed over to the youngest people I could find– a Gen Z power duo, Miranda (21) and Kate (22), who seemed to agree with their waitress.

“This has no facts, so I have no idea,” she cleverly pointed out. According to the British Nutrition Foundation, a number of studies have reported statistically significant reductions in cholesterol from eating mycoprotein in the order of 4–14%. Last year, the World Economic Forum reported that eating mycoprotein can reduce predicted mortality rates by 5–7%. However, despite having 20% less calories, lower sodium, no saturated fats and more fiber than their chicken analog, Unreal Wings don’t market any of their nutritional benefits.

“If we just put 20% fewer calories [on the label], people will think it’s 20% less tasty,” said Sussna, who explained that health has been the number one driver of Quorn adoption, followed by sustainability and animal welfare. Younger eaters are drawn by calories, while older ones are drawn to the high fiber content. But as evidenced by the growing backlash against Impossible Foods and Beyond Meat, the nuanced conversation around “healthiness” in the alt-protein space is all about context.

“The health of a meat-alternative is all based on what you compare it to,” said T.K. Pillan, CEO of Veggie Grill, the largest fast casual plant-based restaurant in the US that uses many Beyond Meat products. “If you are eating it instead of a regular burger with cholesterol, saturated animal fat and animal protein which have all been linked to supporting various diseases, now you’ve got a healthier option. But not if you are eating it instead of a Kale Salad topped with great protein sources like tempeh, tofu, beans, nuts and seeds.”

While it’s closely ranked to health factors today, Sussna predicts that in 5–10 years, sustainability will be largely responsible for consumers’ adoption of mycoprotein. Quorn claims that it uses 2.5 times less land and water than normal poultry production and emits 70% less CO2. The company recently announced that it was the first alt-protein brand to label 30 of its best-selling products with its carbon footprint.

“What’s resonated really well is that we just tell [consumers] the impact they can make by making a small switch,” explained Sussna. “Make your tacos, make your spaghetti bolognese, make your chicken nuggets. Just go down a different aisle to get your protein.”

Or head down to your local Hooters. The choice is yours.

If you enjoyed this article please sign up for the free HNGRY newsletter here. 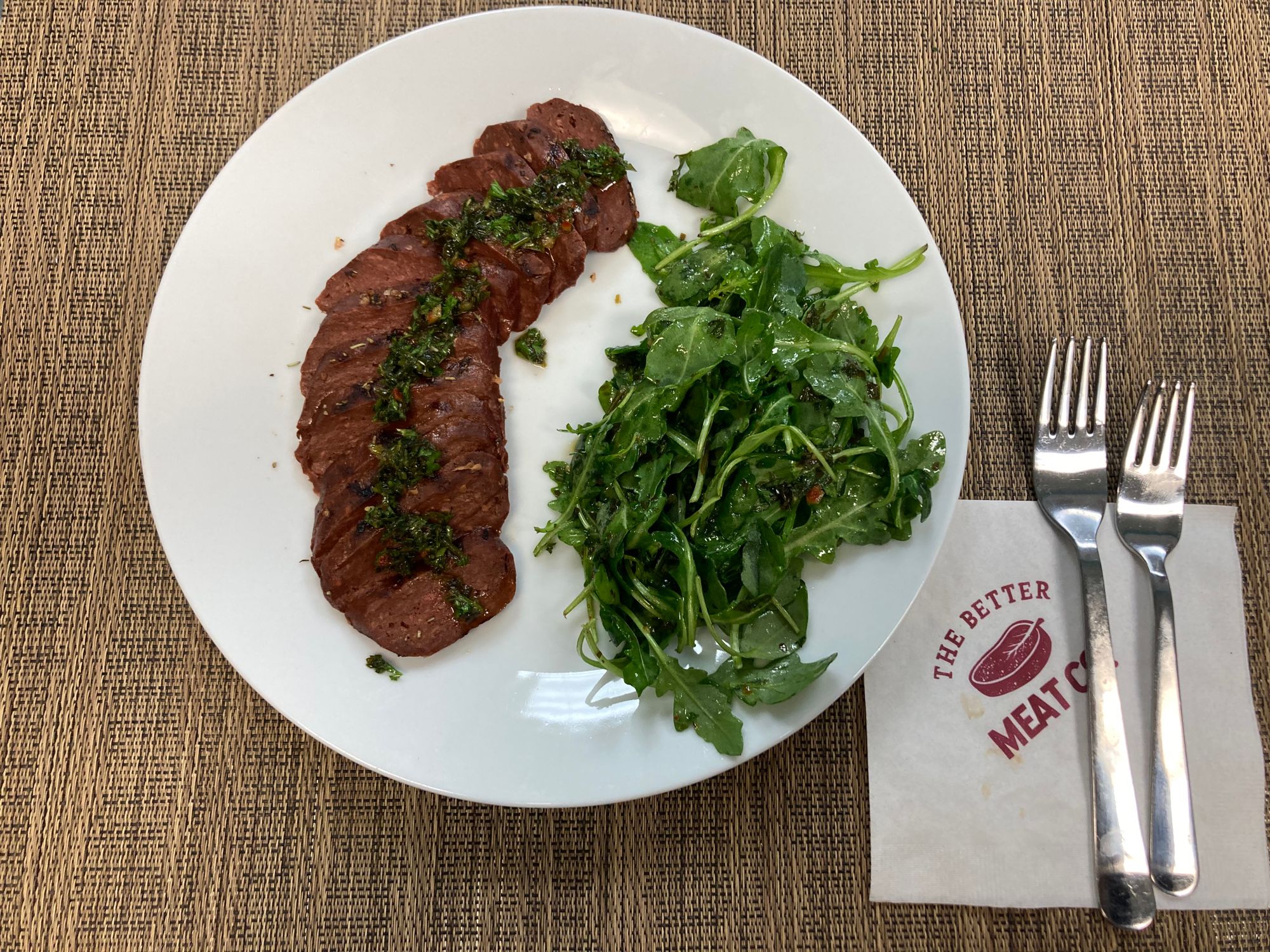 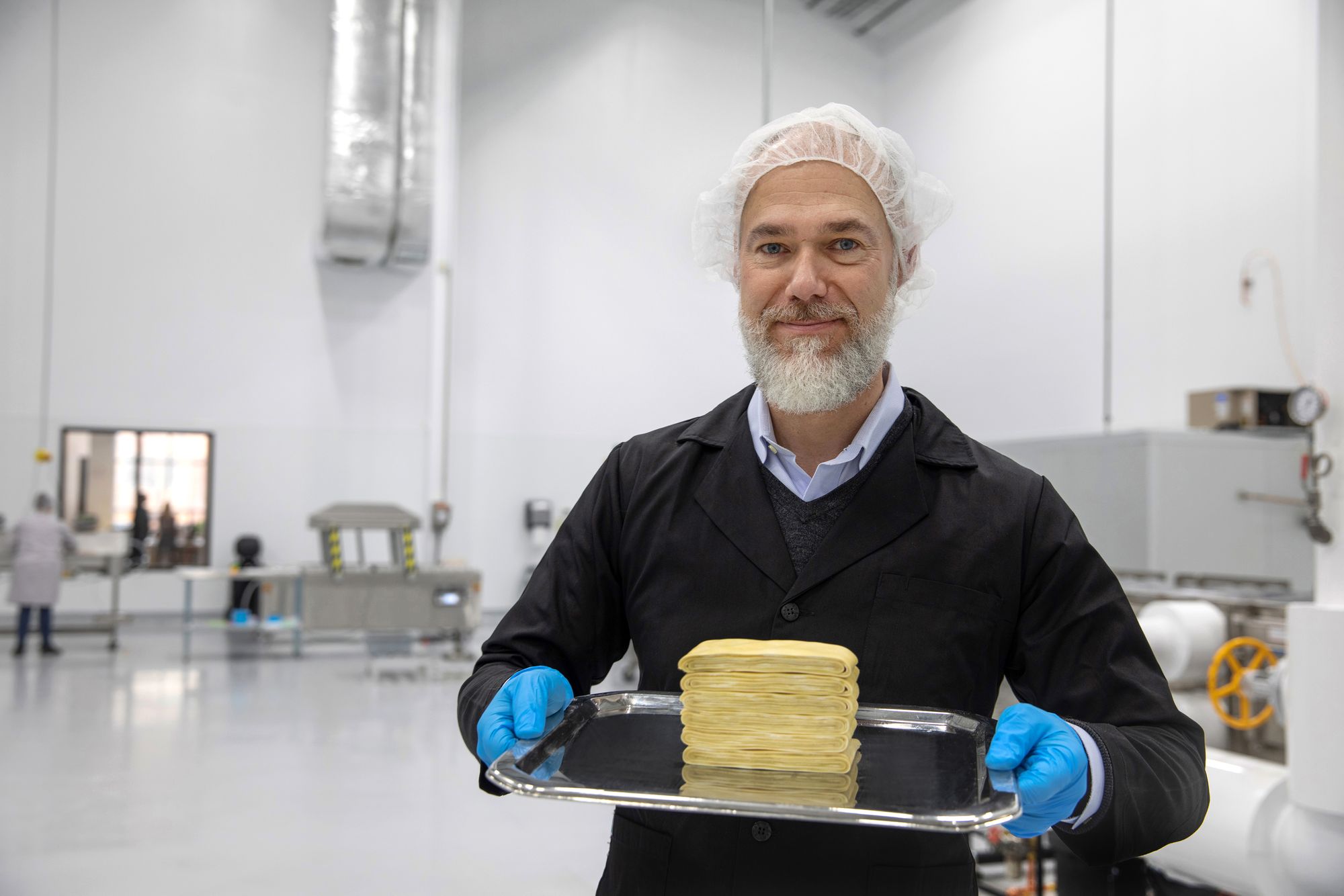 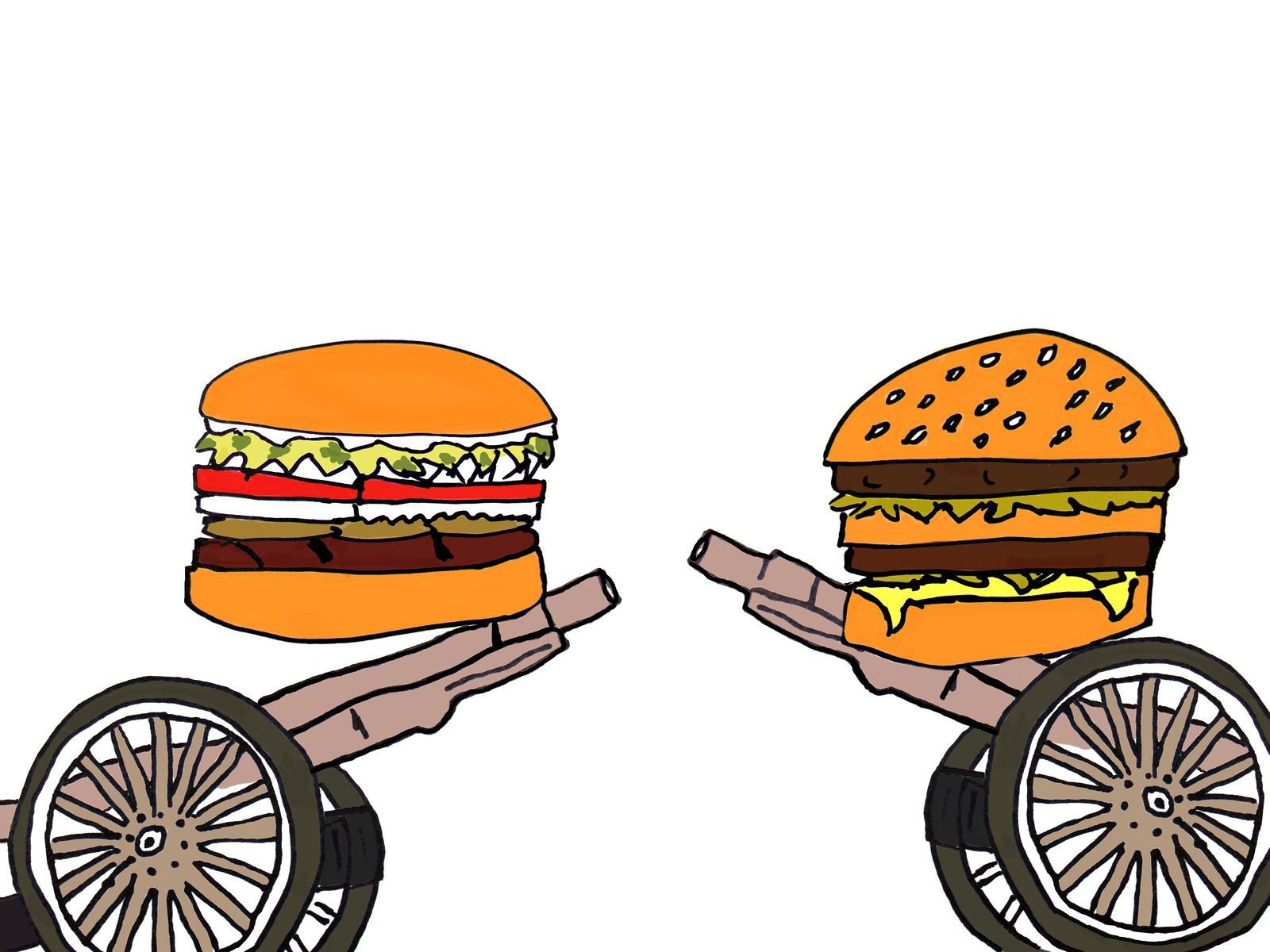