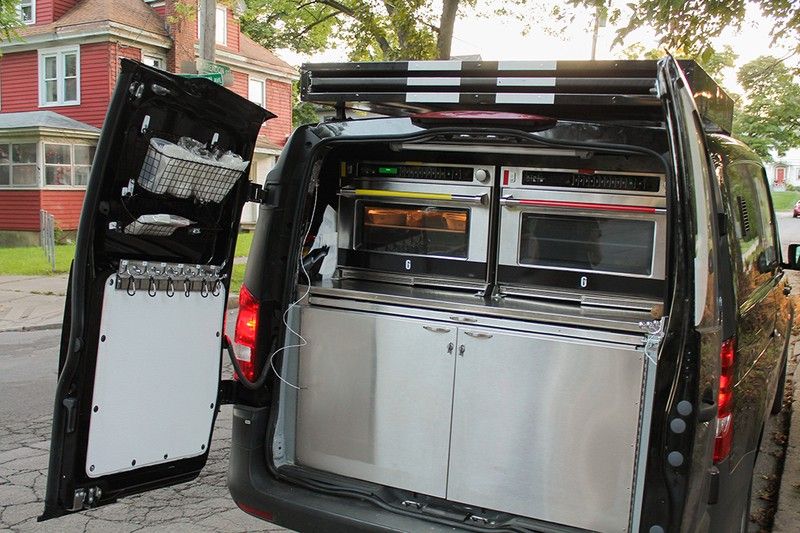 The mass influx of ghost kitchen startups into major metropolitan cities has left another area wide open for the taking — high-income suburbs. They may be the final frontier of food delivery, dominated by a small handful of mom and pops. It’s an opportunity that Marc Lore, President & CEO of Walmart eCommerce is looking to capitalize on in his next venture, Food Truck Inc.

Lore is a serial entrepreneur who sold Quidsi (owner of Diapers.com) to Amazon for a rumored $500mm and most recently Jet.com to Walmart for $3.3bn. He is no stranger to the online grocery space, having recently shut down its “City Grocery Experience” in New York that aimed to compete against Fresh Direct, Peapod, and Amazon with its curated selection of purveyors.

While Lore signed a five-year non-compete with Walmart in 2016, his brother Chad has been heads down building Food Truck, which will license regional brands and cook them inside hybrid vans outfitted with ventless electric kitchens. He spent the past 11 years at Deutsche Bank, most recently as a managing director. It is not far fetched to assume that Marc has been advising the company and would join his brother once his lockup expires in August of 2021. Details about the stealth startup have emerged from a Cranford, NJ community board hearing that was finally approved in late January for its 40,000 square foot facility that will double as a headquarters and kitchen commissary.

“What we want to do is bring curated cuisines and menu items which are developed in our commissary to our customers via our hybrid vehicles and electric mobile kitchens,” explained Food Truck COO Jay Naik in the November hearing. Ingredients would be packaged into kits from the warehouse commissary, loaded onto trucks, and cooked en-route to families who can order across a variety of cuisines.

“Examples of this include New York-style bagels, Texas-style barbecue, California-style sushi; things you normally wouldn’t be able to get in certain areas. We have end-to-end control, we’re going to receive shipments of the food ingredients, we’re going to package them into kits in our Cranford facility, and then we’ll be loading them on to our mobile kitchens for final delivery.”

The model is incredibly similar to Good Uncle, which served college students and sold to foodservice operator Aramark last year. Barring trucks, the startup is also similar to that of Kitopi and Virtual Kitchen Co, which have entered into delivery-only franchises with restaurant brands. While Food Truck’s restaurant partners have yet to be confirmed, the company aims to launch in Union County, NJ with an initial fleet of five “Sprinter-like” hybrid vehicles. Unlike other ghost kitchen brands, Food Truck will source orders via its own app, forgoing the commissions to third-party marketplaces. An average dish would sell for around $15, yielding an average order value for a typical three-person household of $45 (about 23% higher than San Francisco’s average delivery order value).

The company has been busy hiring former employees of Quidsi, Jet.com, and Walmart and expects to have a headcount of 65 food and operations employees at any given time. Lore’s lockup could earn him $750-$1bn, according to Vox. While there are no confirmed details about the company’s funding, Lore is no stranger to the process, having raised $800mm for Jet.

If the startup can generate demand while optimizing its last mile transportation costs through predictive algorithms, it has the potential to be much more profitable than its metropolitan rivals. If anything, it may just have the best landing page of all time.